Moorea is a favorite of all who venture to the Islands of Tahiti. Here, you’ll find the real South Seas experience – a casual, barefoot existence amidst white sand beaches, multi-hued lagoons and, of course, quaint Tahitian-style hotels offering plenty of sun and fun activities.

The quiet waters of the lagoon, gilded with a diverse coral reef, welcome all kinds of activities from outrigger canoeing to paddle boarding, kite boarding, water skiing and even surfing around of some of the passes. The contrasting mountainous interior, with eight soaring summits hovering over a lush green valley, is perfect for hiking, exploring by ATV, or even horseback riding.

Moorea is the perfect playground for anyone seeking adventure on both land and sea. 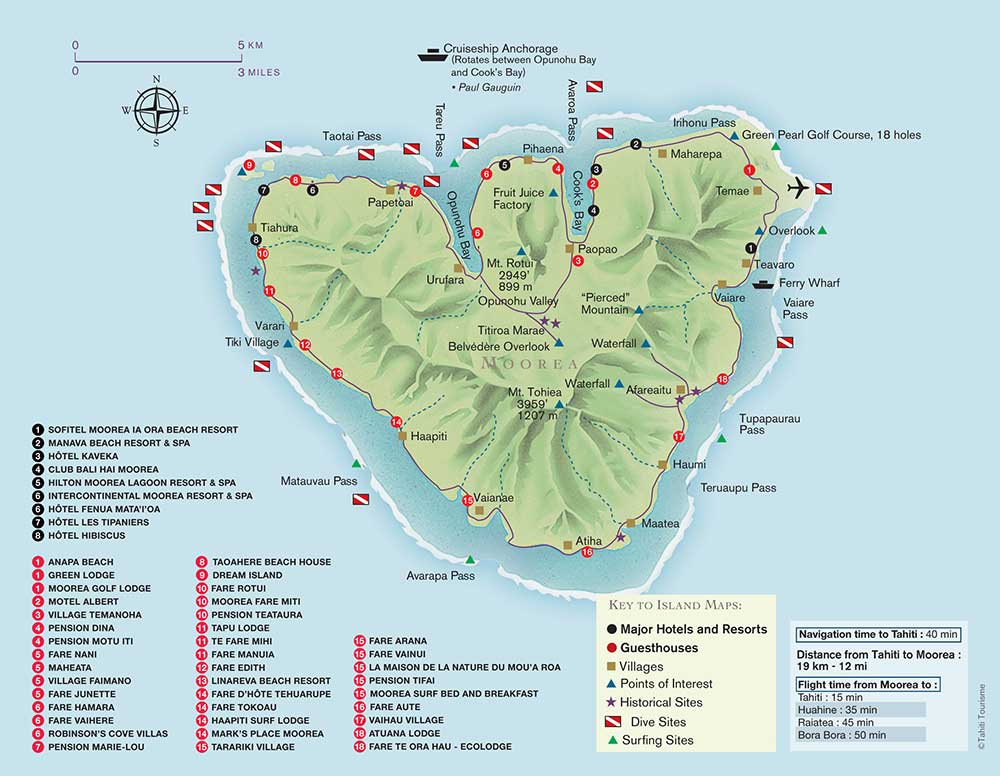 Moorea is an island of Volcanic origin, situated 11 miles northwest of Tahiti and has a circumference of 37 miles. Many people have described Moorea as the most beautiful place on earth.  One of the features that is so striking about this island is the jagged peaks and spires that give the island its unique profile. Geologists speculate that thousands of years ago, the northern rim of the volcano either fell into the sea or was blown away by a volcanic explosion, leaving the heart-shaped island of today.

The south rim of the ancient volcano makes up the mountain range on Moorea.  At 3,959 ft.,  Tohiea is the highest pike. Others include Moua Puta (the mountain with a hole) at 2,722 ft., Rotui at 2,624 ft., and Moua Roa (Bali Hai from the film South Pacific) at 2,499 ft. Mt. Mouaroa is the mountain that is commonly referred to as the “shark’s tooth.” It is frequently depicted on post cards and is the image on one side of the 100 CFP coin. This unique geology forms spectacular two bays, Opunohu Bay on the west side of Mt. Rotui and Cook’s Bay on the east side.Moorea’s lagoon, along with Bora Bora’s, is one of the most beautiful in the Islands. It harbors 3 “motus” (small islands).

Moorea is relatively populous for the islands of French Polynesia and has easy access to small shopping outlets and local restaurants.  Visitors can easily travel from place to place on the island using a rental car or local shuttles. 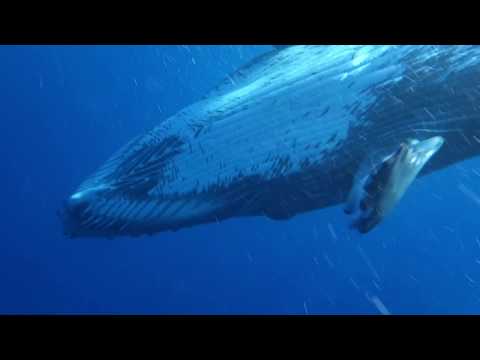