Heiva I Tahiti: The Festival of All Festivals

Heiva I Tahiti: The Festival of All Festivals 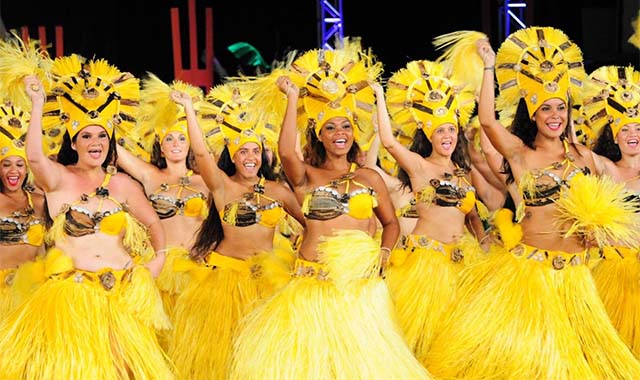 As we prepare to celebrate Independence Day on July 4th, there’s another country, nestled deep in the Pacific, enjoying its own festivities in honor of its independence—it’s cultural independence, that is.

Tahiti kicked off its 136th Heiva Festival on June 22nd, a spectacular month-long annual celebration known as the country’s Celebration of Life. Note: Bora Bora also celebrates with Heiva I Bora Bora typically during the same timeframe. The Heiva serves as the quintessential, iconic event that allows the French Polynesian people to showcase their unique heritage and the very best in Tahitian dancing, artistry, and physical prowess—foundations of their culture that were almost completely lost. 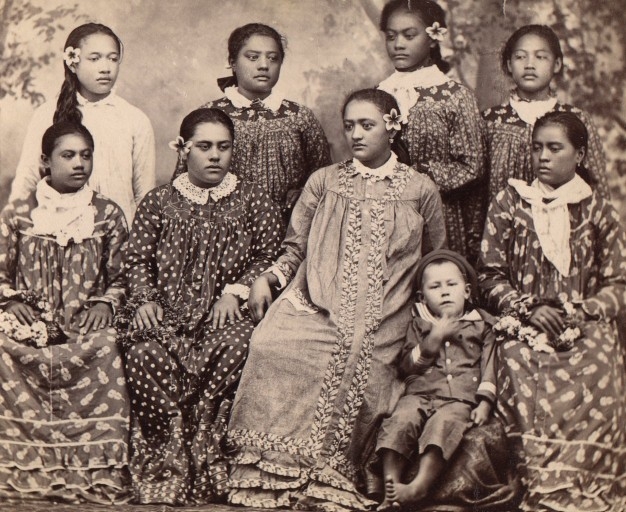 Fortunately, many traditions had been kept alive. Families practiced dance in secret, recorded traditions and customs, and took tremendous risk in the clandestine sharing of these legacies for the next generation. And, after Tahiti was annexed by France in 1881, the coming decades brought a resurgence of Tahitian pride and heritage that all culminated in a formal celebration that has become the Heiva I Tahiti. The Heiva portrays a Tahitian renaissance that is at once beautiful and exhilarating to witness.

The festival is truly a feast for the senses! You’ll hear live music from orchestras of as many as fifty musicians playing indigenous instruments such as the Vivo (a bamboo nasal flute), Pu (Conch shells), and the ukulele. These eclectic combinations create a mixed vibe of relaxation, celebration, and an overall state of bliss.

Perhaps one of the main draws of Heiva are the elaborate dance shows. Scantily clad male and female dancers expertly execute the traditional dances of their ancestors, all competing for the winning title. Dance moves can be slow and sensual with serpentine hand gestures, to rapid hip gyrations that put Miley Cyrus’ twerking to shame. To be clear, there is meaning in every dance and a story to be witnessed. From the movement of the bodies to the intricate details of the costumes—each dance serves as an operatic work of art. 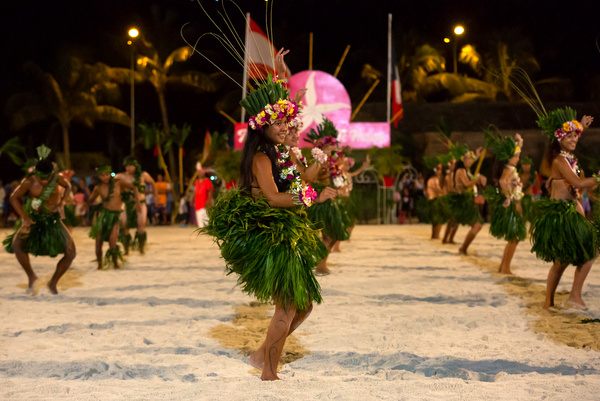 Spend any length of time among local Tahitians and you’ll pick up on their passion for song.  The Heiva celebrates this passion with a singing competition. Songs are sung a cappella and completely in the Tahitian language (Reo Ma’Ohi). This type of singing comes across as incredibly authentic—as if the sound is coming directly from the soul. When you first begin listening you may hear what appears to be out of key; however, you’ll soon build an affinity for the unique tonalities, the blend of harmonies, the pure emotion, and magically the sound becomes nothing less than perfection.

Tahitians also take pride in their athletic abilities and the Heiva is a showcase for traditional sports. Participants are prized for their ability to perform the activities of their ancestors. These include lifting heavy rocks, racing outrigger canoes, racing while carrying large bundles of fruit, archery and spear tossing, and shimmying up palm trees with lightning speed. 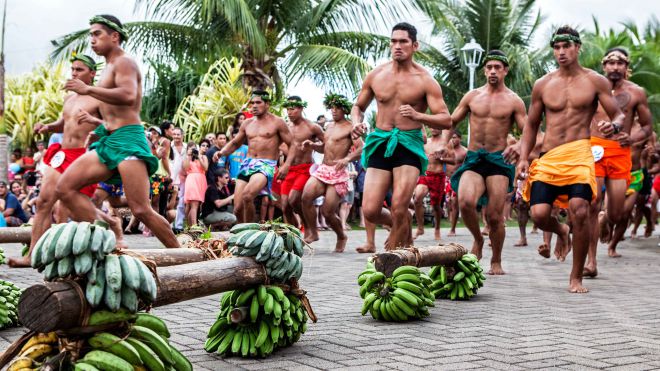 The Heiva is certainly something to be experienced (of the bucket list variety)! It’s steeped in culture, deeply rooted in tradition and heritage, and it all takes place in the dreamy islands of Tahiti! You can learn even more about Heiva at the following websites:

Experience Heiva for Yourself!

Thinking of attending Heiva 2018 or later? We have the experience and expertise to plan the perfect experience for you but you’ll need to act quickly. Due to its popularity, flights and rooms often sell out months in advance of the Heiva. Get in touch with us today to plan your trip for the next Heiva.